10 Senior Activists You Should Know About

Ask a senior activist why they’re still involved with the causes they support, and you’ll most likely get an answer along the lines of, “Being an activist is a lifelong pursuit.” In other words, even when you retire, you don’t simply stop working to help make positive changes in the world.

Senior activists are passionate on a range of topics, from political to personal causes. Whether their activism began in earlier years that carried into their later years, or if they have taken up a cause that is important now as a senior; here are 10 senior citizen activists, both passed and present, who have dedicated themselves to advocating issues that are important to them.

When she founded the Doris Day Animal Foundation in 1978, Doris Day proclaimed that it had a straightforward mission: “To help animals and the people who love them.”  That good work helping animals in need continues to this day, alongside its sister organization, the Doris Day Animal League, which dedicates itself to fighting for the humane treatment of animals by working with Congress, state and local agencies to reduce the mistreatment of animals.

Known by many in Hollywood as “the dog catcher of Beverly Hills,” Day worked to reunite lost dogs with their owners, or to place orphaned puppies in new homes where they’d get the care they deserved.

With Day’s continued hands-on involvement, the DDAF has expanded its role by becoming a grant-giving organization that funds other nonprofits which work to sustain caring communities that promote animal welfare. 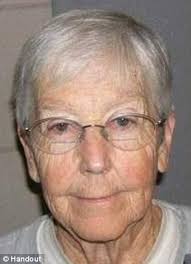 While she was a teacher in Nigeria and Ghana for decades — specifically, from 1962 to 2004 — Sister Megan Rice became engaged in the anti-war movement. In the 1980s, she was heavily involved in protests against a wide range of American military actions, and has been arrested more than 36 times.

But, her most recent act of civil disobedience may very well take the cake. Along with three of her compatriots, the 84-year-old nun has been arrested, tried and sentenced to three years in prison for breaking into a nuclear weapons complex. When they broke in, alarms went off, though they were inside the ultra-secure facility for more than two hours before they were apprehended.

At her trial, Sister Rice testified that she was surprised that the group’s peaceful intrusion was enough to cause plant operations to be suspended. “That stunned me,” she said. “I can’t believe they shut down the whole place.” 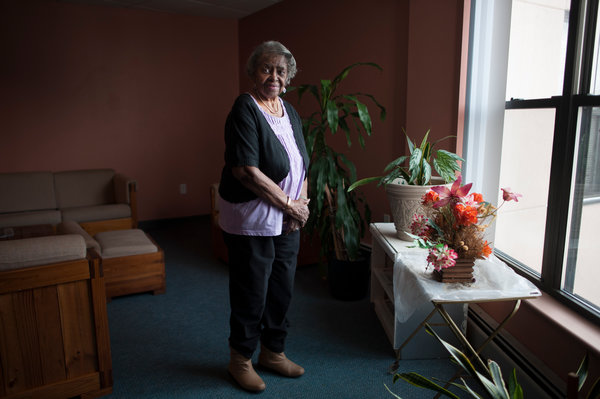 As an 89-year-old hospital employee (now retired), Ann Stewart was openly glad to have been arrested for protesting the doubling of the local paratransit fare in Boston (from $2.00-$4.00). “It means a lot to me,” she said, referring to the success of the protest and the approximately two hours she spent in custody after her arrest. “I’m very strong in my belief about certain things a senior should be able to do.”

Stewart and her fellow protesters erected a fake prison in the middle of Boston’s busy Stuart Street, which naturally blocked traffic, and acted as a symbol of the fare increase’s effect on disabled riders on fixed incomes.

Maggie Kuhn, who called herself “a little old woman,” celebrated her forced retirement in 1970 by founding the Gray Panthers, whose role she described as being “watchdogs that bark when danger is near.” Kuhn passed away in 1995 at the age of 89, and she dedicated the last quarter-century of her life leading the fight against age discrimination and other forms of social injustice.

“I have gray hair, many wrinkles and arthritis in both hands,” she told The New York Times in 1972. “I celebrate my freedom from the bureaucratic restraints that once held me.” The Gray Panthers continues to be an advocate for “fundamental social change.”

Born in 1915, Grace Lee Boggs is the daughter of Chinese immigrants, and has been an activist, writer and speaker for more than seven decades. This 98-year-old Asian American activist was a part of the black power movement during the Civil Rights era. Her published work includes Revolution and Evolution in the Twentieth Century, and Living for Change: An Autobiography.

Today, at the age of 98, Boggs is still in high demand as a public speaker, and she remains exceptionally active as a community activist and weekly columnist for the Michigan Citizen. Among her many honors, she has a place in the National Women’s Hall of Fame, and is the subject of a recent documentary, American Revolution: The Evolution of Grace Lee Boggs.

Bill McKibben is an environmentalist and renowned author whose 1989 book, The End of Nature, is widely regarded as the first book about climate change that was written for a general (i.e., non-academic) audience. Over the years, it has been translated into 24 languages.

McKibben is the founder of 350.org, a grassroots climate change movement. In 2013, he was the winner of the Gandhi Prize and the Thomas Merton Prize. Because of his decades of important work in the field, McKibben has been awarded honorary degrees from 18 colleges and universities. Indeed, the Boston Globe proclaimed that he was “probably America’s most important environmentalist.” McKibben writes for a variety of publications, from the New York Review of Books to National Geographic to Rolling Stone. Learn more about him at billmckibben.com.

Well-known for her decades of civil rights activism, Harriet Hausman has marched for civil rights, won a lifetime service award from the ACLU, and demonstrated a willingness to do whatever it takes, like when she partnered with the Black Panthers in the early 1970s to foster a program that served breakfast to children in need.

“She’s fearless,” said Colleen Connell, executive director of the ACLU of Illinois, who has known Hausman for 26 years. “She is this dynamo who just absolutely speaks her mind and speaks it straight.”

She remains active today — especially through writing letters and emails to politicians, advocating for positive political policies and social change.

At age 78, Sylvia Earle is an oceanographer (marine biologist), author and speaker who has been a powerful voice for the world’s oceans. As she herself has written, the ocean plays a vital and integral role “in maintaining a planet that works in our favor. No ocean, no life. No blue, no green.”

Over the course of her career, her voyages into the depths of the ocean have been truly remarkable. She traveled 100 feet underwater in a submersible while four months pregnant, and walked the ocean floor un-tethered at 1,250 feet, a record depth in 1979 that remains unbroken to this day.

Though she was only 26 when she first traveled to Tanzania to explore the world of chimpanzees, today at age 80, Jane Goodall continues to do amazing work in the field of primatology. Indeed, armed only with binoculars and a notebook, she never could have guessed that her work would become instrumental to helping the broader world learn about chimps and their remarkable traits and social capabilities.

As Goodall herself has put it, “Chimps taught us we’re not separated from the animal kingdom, we’re a part of it.” Today, the Jane Goodall Institute works avidly on behalf of chimpanzees, as well as other endangered species, trying to make the world we all share a better place.

Teresa Minja is 74 years old and lives in Tanzania. Indeed, when she came to speak at the UN in 2011, it was her “first time in the USA and in New York, and the idea of coming was very exciting…. I knew I would meet people here I could talk to about the issues that I work on. I was looking forward to learning a lot from people.”

As Minja wrote on the helpage.org blog, she “was invited to the UN to speak at the Open Ended Working Group on Aging about older people’s right to health, and violence against older women in my country.”

Minja’s life and work help illustrate that senior citizens around the world are helping improve the care that’s available to them. At the time of her UN trip, she said, “When I go back to my community, I will tell them I have discovered that the problems of aging are not just in Tanzania, but worldwide. I have not found one country that does not speak about the issue of aging. But more could be done to combine our global understanding to say something concrete.”

Looking to advocate on behalf of seniors? Participate in one of the organizations listed above, or check out these activist groups and organizations dedicated to aging:

Do you have a favorite senior activist whose mission has lasted a lifetime? Share your thoughts in the comments below.

10 Senior Activists You Should Know About posted by Mark Huntsman

Find the story and tell it. In both his professional and creative work, Mark Huntsman's passion is finding the singular story that connects readers and ideas. A seasoned copywriter with a love for writing about the nonprofit world, Mark received his MFA in Creative Writing from Seattle Pacific University, and recently completed his first novel.

8 Tips for Dealing With Aging Parents Who Won’t Listen

A Legal Checklist for Aging Parents: All the Documents You Need

Why Do the Elderly Lose Their Appetite as They Age?